A native of New Braunfels, Texas, Kendrick graduated from the US Military Academy at West Point in 1985 where he lettered in varsity track 4 years and served as track captain his senior year. 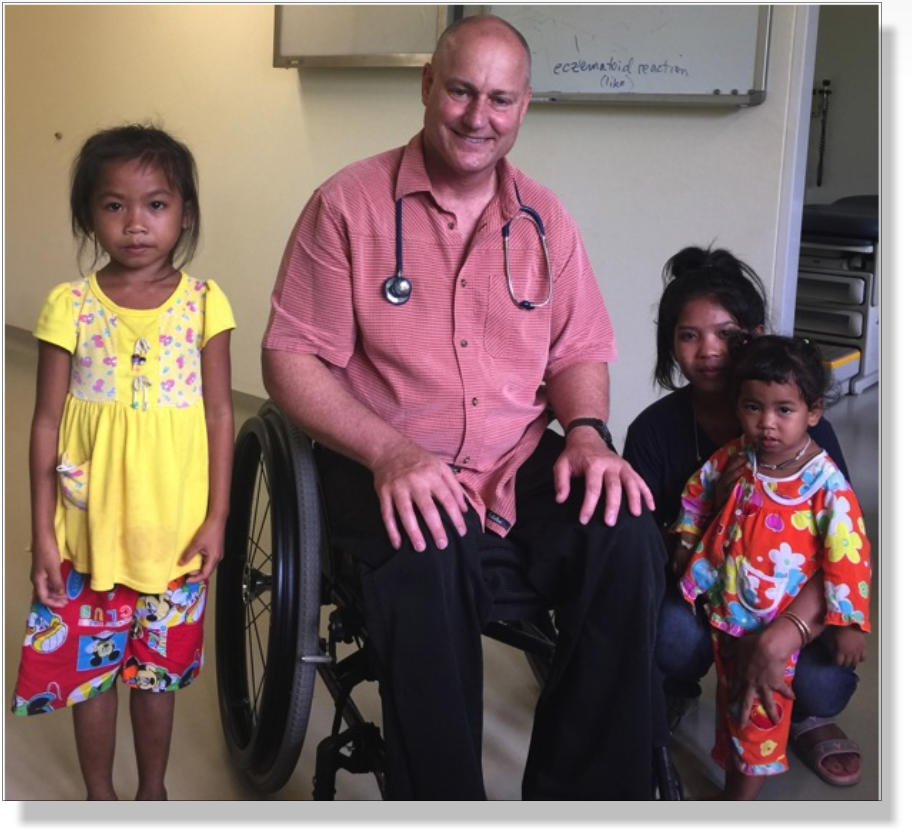 After completing Airborne and Ranger Schools, Kendrick served as a platoon leader in the 7th Infantry Division at Fort Ord, California, then deployed with his unit to the Multinational Force and Observers Mission in the Sinai Desert of Egypt.  He suffered a spinal injury and became a paraplegic in a jeep accident after delivering several soldiers to an outpost late one afternoon. During that accident, Kendrick was knocked unconscious and saw a bright light, felt an all encompassing warmth, and heard an angelic chorus singing, ‘Halleluiah”.  He was forever changed.

Kendrick always knew he wanted to be a physician. After graduating from the University of Texas Medical Branch at Galveston in 1993, he completed his training at Christus Spohn Family Practice Residency in Corpus Christi in 1996, where he served as chief resident. His parents, Nelson and Genevieve Kahler, were instrumental in encouraging him to trust God in all things and Kendrick was slowly growing in the Lord. After completing his medical training, Kendrick had many dreams of traveling to a poor, developing country who had few or untrained physicians, but he knew not where. He prayed for God to show him.  The answer came in a newsletter from the Southern Baptist International Mission Board, requesting help at the Bangkla Baptist Hospital in Chacheungsao, Thailand in 1998.  Kendrick apprenticed there under excellent tutelage from Dr.’s Doug Derbyshire and John Gibson.

Feeling restless and knowing God was at work, Kendrick felt a strong call and moved to Cambodia in 2000, joining the IMB in their work at the Preah Ket Mealea National Military Hospital in Phnom Penh.CSI/Preah Ket Mealea Clinic opened in 2000 within Preah Ket Mealea Hospital, teaching medical students and caring for up to 2,000 poor patients per year, many being church members from across the country.  Kendrick returned to Texas in 2006. Since then, he visited Cambodia on extended medical mission trips twice per year.  Kendrick returned to Kampot, Cambodia to help open and serve as Consultant in Family and Tropical Medicine at the new Sonja Kill Memorial Hospital (www.skmh.org) in April 2012.  He frequently teaches the more than 20 Cambodian family practice residents during their 3 year training course after medical school.  To God be the glory.